I visited the USA to attend an international conference in 2005. It’s all about my round-trip experience and activities, as well as some understanding of New York City and its people’s life. I felt apprehensive before the USA trip; I don’t know why. As I recall now, I had a very wonderful trip. My journey started at Tribhuvan International Airport in Kathmandu. I took Qatar Airlines for the route of Kathmandu via Doha and Doha via London, UK. We took Virgin Airlines from London to the USA in New York. 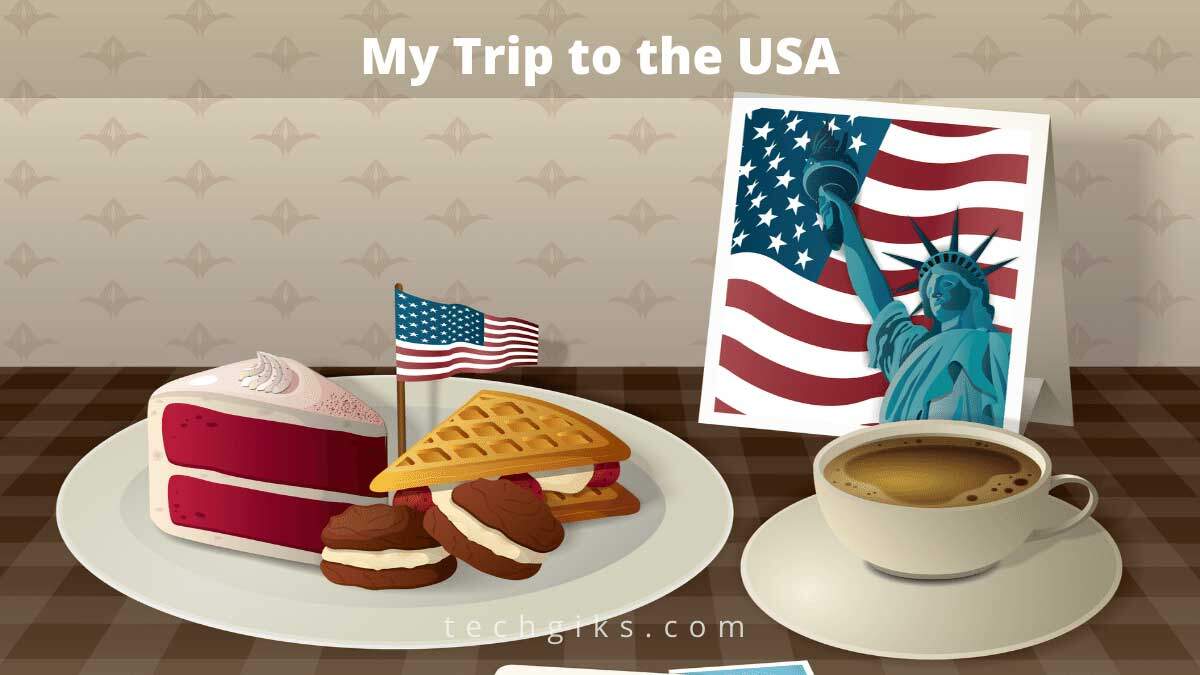 Our plane landed at Heathrow airport in London in the evening, and we had to spend a night in London. So we applied for a transit visa. But the immigration officer told us that Nepalese must take the transit visa from their own country. Since we did not know this rule, we still needed to do that. So I stayed for four months in London a year ago. So I showed my passport and my business card to them. He had said that he would try his best. And had gone to talk to his senior; he came with a smile. So then we moved to central London to Greenwich to my sister’s house.

In the morning, through Virgin Airlines, we went to the USA. It was a fascinating journey. I had brought a pen from the duty-free shop on the plane. Around midday, we arrived at JFK airport in New York. People usually fly into three major airports when travelling to New York. LaGuardia is the closest to Manhattan, located in the borough of Queens. JFK International Airport is also in Queens but a little further from Manhattan. Finally, Newark is in New Jersey and is by far the furthest from the city.

We took a cab to my sister’s Queen, New York house. On the way, my friend asked lots of questions. Visiting a new place brings many enquires. So, we had a fruitful cab ride, looking around and learning many new things. After we reached my sister’s house, we shared our journey experience with them. The purpose of this trip was to attend the international human rights and youth conference. One week before the meeting, I was in New York. So, within that week, I visited the Statue of Liberty, Times Square, the World Trade Center memorable site, and long Island & I even took a ship ride and many more.

New York became the name of the state and the city. New York is the metropolitan city of the world, best known as “The Big Apple”. New York is suitable for learning and entertainment. “The city that never sleeps” includes a variety of museums, art galleries, popular pubs, nightclubs, bars, Broadway theatres, and parks. Also, from distinguished designer’s boutiques to the most remarkable brands of shoes, handbags, and clothes, we can shop in Downtown New York to have the best shopping experience! I have noted some most important Visiting places and things to do in New York.

The Staten Island ferry takes only one hour to complete, and there is always plenty of room. With the crown closed, the only attraction at the Statue of Liberty is the museum which takes about 15 minutes to complete. Taking a ship ride was the first experience in my life. I was surprised by the security of the ship also. New York police had escorted the ship. I noted some reality of the Statue of Liberty.

Located on Liberty Island in New York Harbor, the Statue of Liberty was a gift from France to the people of the United States and is one of the universal symbols of freedom in the world. The Statue of Liberty was dedicated on October 28 28, 1886, and was designated a National Monument on October 15 15, 1924. Tstatuetue was extensively restored in time for her one-hundredth anniversary on July 4y 4, 1986. The Statue of Liberty is the most visited tourist attraction in New York City. It is also the 2nd most photographed landmark in the United States, behind the Golden Gate Bridge in San Francisco.

Many people were wondering about reaching the top of the statute. Unfortunately, both the crown and the torch were closed to the public. The torch was closed in 1916 due to structural issues that arose after a bomb blast at nearby Black Tom Wharf during World War I. September 11, 2001, visitors could climb to the observatory in the statue’s crown. Tstatuetue was reopened in December 2001, but the height has remained closed due to security reasons. Tourists may rise to the top of the pedestal (approximately ten stories) and enjoy the view from there. It makes one wonder why to go to Liberty Island at all. You can go inside the base of the Statue of Liberty, but there is nothing more to do or see other than a close-up picture of the family.

Our other destination was the World Trade Center Memorial Site. Replacing the World Trade Center would be impossible, but New York City is working on plans to build a single tower on the twin towers’ site on September 11 11, 2001. The original Freedom Tower and Memory Foundations complex plan have been abandoned, and new projects are in work. It is expected that a single tower will be built at the site and will be the tallest building in the world when it completes.

The tower and mast are expected to reach an astonishing 1776 feet (541 meters) into the sky. The height of 1776 feet was chosen as a reference to the year of American independence. The decision to rebuild the World Trade Center has been difficult due to political and security concerns. Visitors to New York City can tour the World Trade Center site and see the early preparations for this monumental project. In addition, we can walk to the site to see the artist rendering the proposed tower.

Each of the original WTC towers had 110 stories. The heights of the towers were 1368 feet (417 meters) (tower one, the North Tower, with a broadcast antenna on top) and 1362 feet (415 meters) (tower two, the South Tower, with the observation deck). When the towers were completed in 1972 (tower one) and 1973 (tower two), they were the tallest buildings on earth, 100 feet (30 meters) more elevated than the Empire State Building.

After visiting the WTC memorial site, we moved to see one of the most popular attractions on our journey. That was the Empire State Building. One of the Seven Wonders of the World offers a romantic nightcap and an opportunity to watch the stars coming out over the most fantastic city in the world. Built-in 1931, the building has 102 floors and stands 1,250 feet tall. It is currently the tallest tower in New York.

We can’t pass up a New York Helicopter Charter tour, the only way to see all of New York’s breathtaking sights in one day! If we are in New York on business or for pleasure, however, we should see the bustling Big Apple in style. Experience the Statue of Liberty, Chrysler Building, Empire State Building, Central Park, Yankee Stadium-Home of the New York Yankees and many other famous landmarks fascinatingly and unimaginably! Get a bird’s eye of Manhattan’s famous skyscrapers, Ellis Island, George Washington Bridge, and more. Hey! Do not miss this unique opportunity to get pictures of New York’s sites from a Helicopter.

Central Park is the largest park in New York, located in the middle of this busy city and a wonderful tour. Through this tour, we saw flashes of New York’s culture and its way of natural entertainment. Circle Line Downtown experiences their one-hour narrated tour of lower New York Harbor and watches the downtown skyline glitter on their twilight tour from Historic Battery Park. They also offer the only transportation to the Statue of Liberty and Ellis Island.

Similarly, we went to the brighten bridge, where the shooting of many Indian movies was done. On August 7ust, I had a scheduled trip to Connecticut for the conference, so the transportation from UNESCO came to pick me up at JFK airport around 2:30 pm in New York. This conference was excellent. At the University of Connecticut in Connecticut, a green and peaceful area has empowered and developed us as a global leader.

After the conference, I came back to New York. Then I visited the rest of the places. I was interested in New York’s nightlife, so I requested my brother to visit Times Square and the area close to it. So we roamed to different places till midnight, had American dinner, and went back home to Queens.

As the working day started, everyone was busy with their work. Since I was alone, I used to go to the cyber; Chinese Cyber was the best in Queens. They take $2 for an hour. Before going to the cyber, I usually went to Mac Donald’s or KFC. An appealing lady was chatting to someone on the cyber. After a moment, she started crying. She did not care about other people in the cyber. It was distributed to me. I assumed that she was chatting with her husband. It is an example of many people whose loved ones are far from them. There I realised that when we are alone and in a new place, we miss out on near and dear ones.

At last, The USA, a developed country with democracy, respect for human rights, freedom of expression and other essential factors, broadens one’s perspectives. These American systems, cultures and environments will open the door to actual life if anyone visits and pursues it. From my visit to New York & Connecticut in the USA, I learned many things; it was a lifetime experience.

We hope you find some helpful information on Young Female Change the World.