A Trip to Lamjung in Nepal

A Trip to Lamjung in Nepal

“Is there a dog in Medini sir’s house?” We asked a woman in Simpani who was retrieving water from a lake. “Where did you come from? There is a dog in the upper house but not in that one”, she replied. “Have you come from her mother’s place?” She asked us; she guessed we were relatives of the sister.

After reaching our sister’s house, we found out that she had gone to Kathmandu to our house; but it was too late, and hence, we had to stay there. After dinner, Ashok entertained us with his stories, our cousin and a leader. Then, we fell asleep. Our brother-in-law, a poet, had his books spread out everywhere. Some of his poems were published, and some were ready for publication. We listened to some of his poems from Ashok. He had some medals and felicitation prizes nailed on the walls of his room.

We also came to know about the environment and situation of that place. Khudi village was naturally a lovely place. To the north were mountains, the Khudi Bazar was on the base near Marsayangdi River, and a beautiful forest was on the other side of the river. The place was so inviting that a person would enjoy writing poetry while viewing the natural scenery. Since it was on the way to Manang, Bahundanda had some development projects. We left Khudi after our morning meal. On our way to Beshisahar, we saw the Marsyandi River, which divided Lamjung to the east and the west. We walked through a motor road, talking with the potters passing by and finally reached Beshisahar. 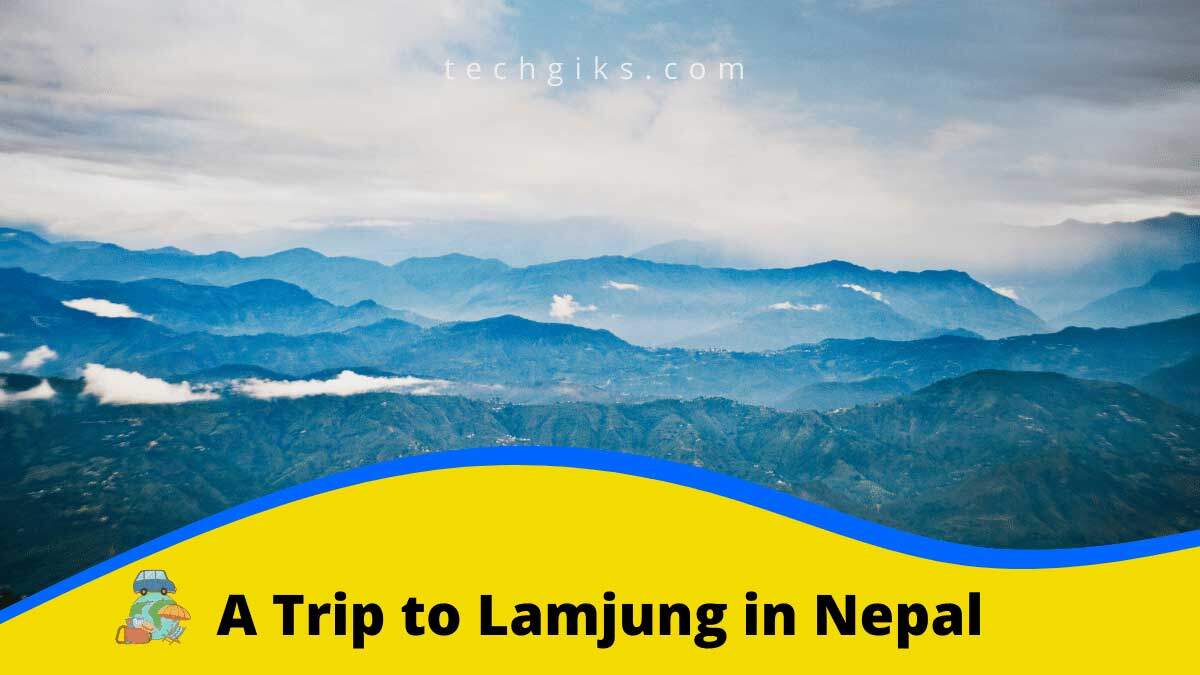 After reaching Beshisahar (Headquarters of Lamjung District), we explained our work to Purnachandra’s uncle. His expertise helped the governmental work to finish quickly. The old Lamjung place of the Shah Dynasty, Manang, Marsyangdi River, the mountains and green hills had been the main attraction to many people.

We left Beshisahar, taking a bus to Bhoteodar. The bus moved through the Shore of Marsyandi River. The river was large but had caused no harm; instead, it had facilitated the villagers. The Midim River had been a disaster in Bhorletar since it flowed in cultivable land, but the Marsyangdi River had been necessary there. In Bhoteodor, we observed excellent religious tolerance. We spent our night at Basana’s sister’s place. Since we were exhausted, we slept after eating dinner. Early in the morning, we left Bhoteodor.

We soon reached Sundarbazar on a short bus ride. Sundarbazar had been a bit more developed because of many governmental and private offices. The agricultural campus had been the heart of that place. A bus came there to leave for Kathmandu but ignoring the call, we moved ahead. That modern place had its religion and the occurrence of development in an old way, though it was a current habitat. The plain land had turned barren due to a lack of irrigation. We remembered our great grandfather’s words; “The financial development of Lamjung is impossible until there is an irrigation facility for every plain land”.

The place had a park, playgrounds, a museum, a library and other development projects underway. Our trip was moving ahead beside the Paundi River through a motorway. Since there were no hills but just red soil, the construction of roads was easy. The sun was bright and challenging to walk, so we sat on a stone. The village had facilitated electricity. Since Bhorletar had no electricity, we cursed the lazy people, political leaders and unaware civilians. Our trip had been moving ahead with all this type of conversation.

The people carrying tin plates to Duradanda helped us make our trip easier. We knew a lot about the environment of that place. Though the Karunche River was small, the damage caused by the river during the rainy season was hoarse and could be seen at that time. The names of the places were given after the casts, like Khatre Thanti, Koirala Fahat, etc.

Our trip to Duradanda was cancelled after we learned about the 2-3 hour walk it would take to reach that place. We had planned to spend a night at Bhorletar and return to Kathmandu the following day, but this was in vain. We felt that our trip was incomplete when we could not go to Duradanda, which taught us respect for work and the value of time.

The ancient habitat was not exactly as we thought but was of historical importance. We took down the names of some of the relatives of our grandfather, but all of them were living in a different places. On the Shore of the Paundi River, small shops and houses were famous in Koirala Fahant. After leaving Koirala Fahat, we went to our sister’s house in Dhuseni, where we could see large pieces of land, though there were hills. The place had a good production of paddy in the rainy season.

We finally reached our sister’s house after some hours walk. We also feared the dog there, but it was chained. Our sister had forced us to spend the night there, but we had a compulsion to leave. We had not been able to be at our sister’s place in Duradanda, but thinking of the fun we would have if we had visited her, we went towards our destination of Bhorletar. First, we went through Kunchha, where the court was held earlier; then we reached Thansing, from which our destiny, Bhorletar, was seen clearly.

We went through many things we had never experienced, like cemeteries, dogs and steep lands. The river had fallen into the low lands, as was ordered by the law of nature, and took the form of a lake, flowing through the plains. These experiences forced us to think we must cope with the environment. Leaving the narrow passage, which gave us the first sight of light to Bhorletar, we moved ahead towards our destiny.

My Lamjung is not poor. The people’s goals and thoughts are poor. However, there were leadership, determination and love for work. We will change if we are disciplined, hard-working, and honest and do not interrupt others’ work. Then change will take place very soon within us. The goal of each plan should be to help the citizens. The culture should be developed in such a way that it will respect the law of the country. Which village of Lamjung is not suitable for tourism? Which town does not have natural beauty? The villages are rich in agriculture, forest, herbs, water resources, hills, etc. Throughout the trip, one thing that always came into my mind was that if we could use these natural resources, we could make Lamjung very rich. I felt that development would take place there because development is a change in people’s thinking and respect for time, which I saw occurring there clearly. Finally, our trip to Lamjung ended with these feelings in our minds.