Political Instability in Developing Countries – a case study of Nepal

It’s blessed with diverse geography and a multiethnic population. It has eight of the world’s ten tallest mountains. The country could’ve generated income from Hydropower, and the place can be a tourist attraction. Yet, the country experienced political instability for more than decades, which badly hurt its development and the economy. Amidst the global pandemic that is the COVID-19 epidemic, Nepal still finds itself in political turmoil.

A Cycle of Political Instability in Nepal

On 1 June 2001, nine members of the royal family were killed in a massacre. At the time, Crown Prince Dipendra survived for a bit in a coma but didn’t regain his consciousness. The massacre occurred at the residence of the Nepalese monarchy. During a reunion dinner of the royal family, a mass shooting occurred in the house. 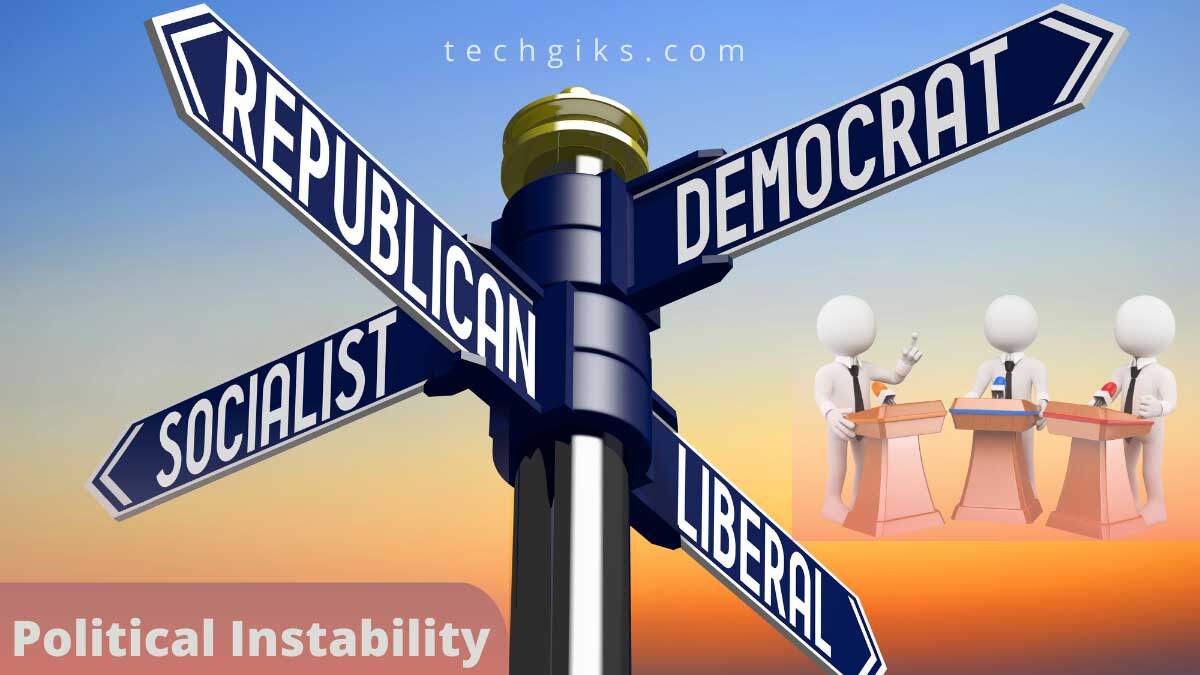 In February 2002, the new King Gyanendra made a monumental move by suspending the Parliament, enforcing martial law to appoint his own government. The process sees high-profile political leaders detained and telephone line services interrupted. UN-OHCHR responded by setting up a monitoring program in 2005 to assess human rights in Nepal.

A coalition of the Seven Party Alliance (SPA) opposing the royal takeover agreed on a memorandum of peace and democracy later in 2005. This led to a countrywide uprising which was called Loktantra Andolan (Democracy Revolution). Massive and spontaneous demonstrations and rallies were all over Nepal, demanding the end of King Gyanendra’s autocratic rule.

Under immense pressure, King Gyanendra declared the power would be returned to the people in April 2006. Yet this did little to stop the demonstrations on the streets of Nepal towns. Within three days of King Gyanendra’s promise, he fulfilled the SPA’s demand for reinstatement of the House of Representatives.

The parliament soon assumed complete legislative power from His Majesty’s Government to the Government of Nepal. The King became subject to parliamentary scrutiny, and his properties were soon subjected to taxation. The Hindu Kingdom is also replaced with a secular state. However, there are ongoing movements toward the ceremonial king and Hindu state, which were not resolved by referendum.

It took until December 2007 for the monarchy to be abolished, with the Prime Minister ruling as a head of state. The Party of Nepal (Moist) was the largest and celebrated the country becoming a federal republic. The Maoists took power after the election with Pushpa Kamal Dahal as Nepal’s Prime Minister. The Prime Minister soon disputed with the army chief, which left the latter to be dismissed. This is where President Ram Baran Yadav intervened using his supreme head of military power. The Prime Minister and his party quit the government after this, meaning Madhav Kumar Nepal was the new Prime Minister.

In 2007, the first Madhes Movement erupted for the very first time. The Madhes movement had started with various political parties based in Madhes for equal rights, dignity, and identity. Yet, it’s met with resistance from Madhesi and Tharus in Nepal.

We see many countries shifted their focus to halt containing COVID-19, but Nepal is still in the never-ending cycle of political turmoil. The current Nepalese Prime Minister KP Sharma introduced an ordinance that rules 40 percent support to split a party. Later, he has withdrawn as it was just a bargain card. And no wonder at all, today (20th of Dec 2020), Prime Minister KP Sharma Oli has recommended the dissolution of the House of Representatives of the Federal Parliament at the emergency Cabinet meeting.

Well, the political instability is always in Nepal, in one form or another. Many people believe that the economy is a bit stable because of the Reserve Bank of India, but not Nepal’s currency (Nepal Rastra Bank).

Why is there Political Instability in Developing Countries?

One of the main reasons cited for the unrest in developing countries is that political institutions are profit-oriented businesses. A contractor to a small business owner usually linked an economic source of a political party. On the whole, no movement orients citizen welfare organisations. This led to parties misusing their power and support. These people could even support lawbreakers if that helps them to stay in power.

It’s unfortunate to say that developing countries’ political systems are fragile and ruled by traditional thoughts. Instead of skilled people in power, those who would have easily been retired took centre stage in politics. This means the unity of the country is badly damaged. More youngsters who would have shaped the country migrate to foreign pastures.

According to the data, millions of developing countries’ citizens went abroad for job opportunities. Employment is scarce, and the unemployment rate is ever-growing. Many young people want to upgrade their lifestyle by often taking the chance to study or work in foreign countries as they see no future for them in their own countries.

For many, the political crisis is the root of the problem that leaves the country with no progress for years. As an example of Nepal, It’s usual for a new Prime Minister to have a strong economy once s/he is elected. This is usually the case in developing countries, as political leaders take advantage of their wealth for their own personal or party’s welfare.

The economic growth of Nepal is further slowed due to the pandemic and the subsequent lockdown. As World Bank’s report, it reaches an 18-year low with tourism, which is a halt and a disruption to domestic transport and retail trade. Agricultural growth is also affected on a major scale. The same can be said about private consumption and investment on the expenditure side.

Restructuring the civil service and determining funds division would be expected to move from the government structure. A decade-long transition to federalism characterizes Nepal. Currently, the government has a historic majority in Parliament, which could help to provide stability at long last, but the news is full of Endless Political Crisis.

Yet, the transition from the unitary system to the federal one would always be a daunting task. There is also the risk of jurisdictional overlap between government tiers, which usually causes instability in developing countries. The election is costly and not suitable during a pandemic as well; however, it’s the final step for political stability. But many developing countries need to develop a culture of moral behaviour, mentioning leaders’ retirement age and direct election of Prime Minister / President in their consultation. Nepal’s struggle for a political rest can be taken as a case of study for developing countries.

At last, we hope that you found some helpful info on Political Instability in Developing Countries.  Similalry, please Explore Path to Peace if you are interested in peace and human rights. If you want to know more about developing countries’ situations. Visit for tips for content writing.